Darkhouse (An Experiment in Terror #1) 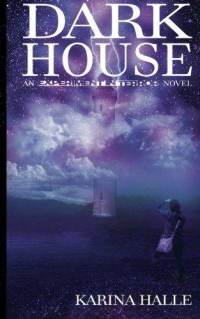 I've seen Karina Halle's name mentioned several times by some of my Goodreads friends, especially regarding her new series "Sins and Needles", so when I saw this ebook by her for FREE at Amazon it was a no brainer, because I don't like to be left out.

Firstly, I don't really do ghost stories, they scare me (shock) and I am useless at being scared, so I really thought I would only read a couple of pages before throwing my kindle to the other side of the room and running off in a panic. WRONG! I read it all in one day, and was very brave and I even read the creepy parts.

Karina Halle has created such a brilliant character in the unforgettably named Perry Palomino, a young woman in her early 20's, who is instantly like-able. You just want her to do well, but most of all you don't want her to die a creepy death, because she is funny, she has lumps and bumps in the wrong (right?) places, and has had a couple of mental health issues that she has got over. Overall she is a winning character, even if she thinks she is pretty useless in comparison to her  irrepressible younger sister.

Perry begins to have what she believes are visions, and worries that her mental health issues are returning. One night, during a family visit to her uncle's house who lives on the coast of Canada, Perry explores a derelict lighthouse and gets a lot more than bargains for. She meets the mysterious Dex Foray (awesome name again!) who has also gone on a reccy of the lighthouse at the same time. Co-incidence? I don't think so! *cackle*
After uploading a video she has salvaged on her trip to the creepy-as-hell-lighthouse, she is inundated with requests for more, and, after an offer from Dex to make a more professional job of the video, they decide to make a return visit. Moral of that story? Never read comments under YouTube videos.

What follows is a really great story, told with really great characters. It's not going to blow your mind in a literary sense, but it's fun and I really needed something light to read. Dex is a very odd man by the way. Of course there is a spark between the two of them, but luckily there is no insta-love, because that is so unbelievable (but the ghost stuff, yep that's o.k). I downloaded the next in the series - Red Fox - and I had to spend all of 77p! Bargains galore. If you are into this kind of read - paranormal romance with ghosts and weird old ladies with maniacal grins, then do read this because I think you will love it.

Check it out at Amazon 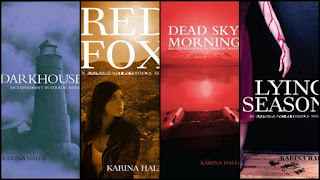